Each year, the OuiShare Fest gathers innovative leaders from all over the world to build a common vision of a collaborative society. In 2016, OuiShare will take a step forward.

Building on the experience of POC21 and the OuiShare Awards, we are launching a 3-day accelerator for collaborative, open source projects with high social impact. The goal is to overcome challenges in areas such as product design, business models or scalability.

Two initiatives will be selected directly by a jury of experts, the third nominee will be chosen through an online community vote. OuiShare Fest Forward is open for projects of various legal status and stages of development. The only two application requirements are that the project be Open Source and aims to create a Positive Impact.  The projects will be evaluated according to their potential social impact, their synergy with the OuiShare values and the key topics of the OuiShare Fest 2016.

The members of the selected projects have free access to the Fest. Online Applications are open until February 29th. If you have a great open source project and a challenge you want to solve, apply here! 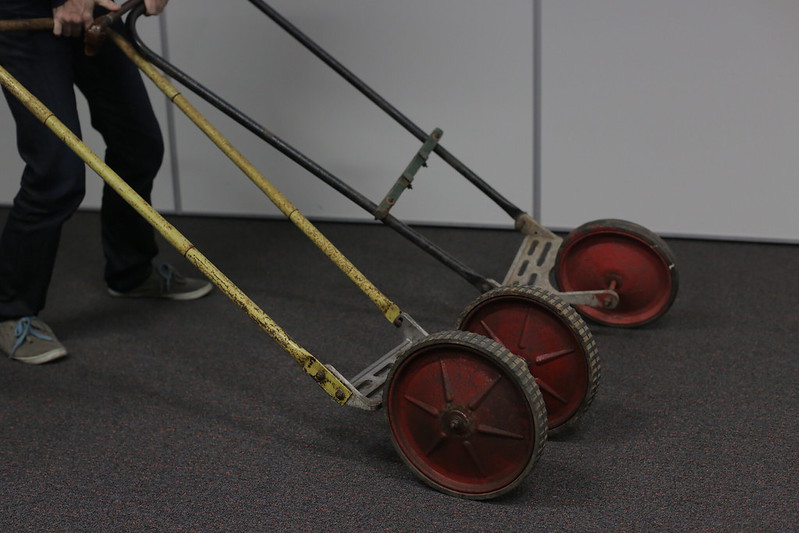 They came, they collaborated and they all helped farmers for the day.  In spite of the rain, it was great to see so many folk for Day 1 of FARM HACK on the weekend. Thanks to the incredible collective creativity and wisdom of the crowd, three teams, Team Mulch, The Sniffers and The Family of vegetables, set about designing three solutions to help farmers. Based on the the Farm Hack design principles, we ran four sprints or mini sessions to:

The slides from Day 1, including the schedule, are here. The event was hosted and run by  Erinma, Caroline and Franco from Squirrel Nation with Paulo from Aquaponics Lab and Anne from Manchester Science Partnerships. 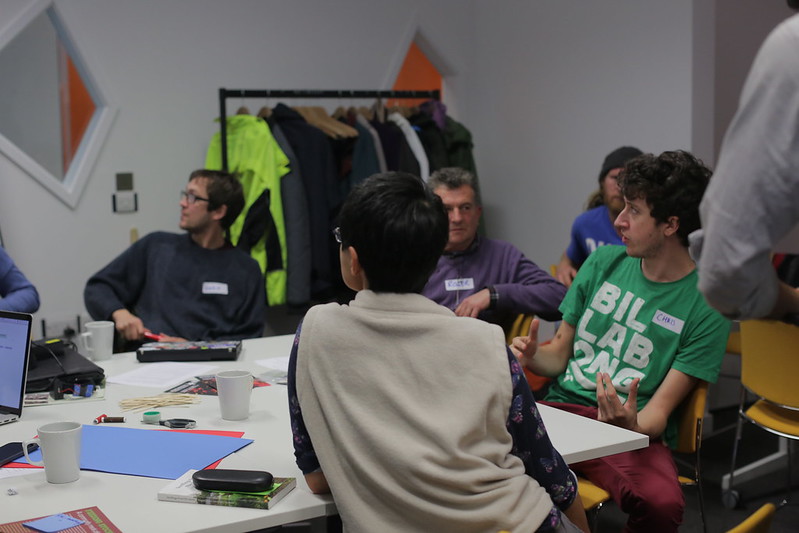 Team Mulch – innovate wheel hoes to help lay down black plastic to save time, stop back pain and see off weeds. 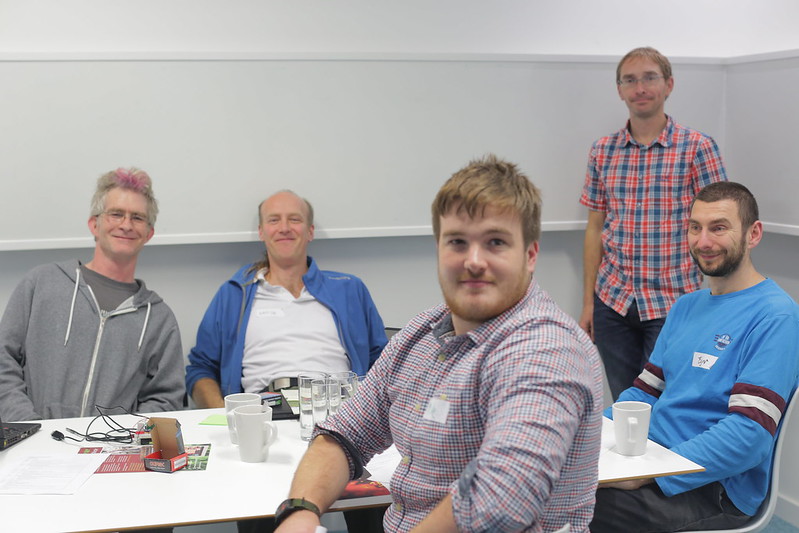 The Sniffers  – designed an ammonia sensor to help keep the fish healthy and save time for Aquaponics farmers. 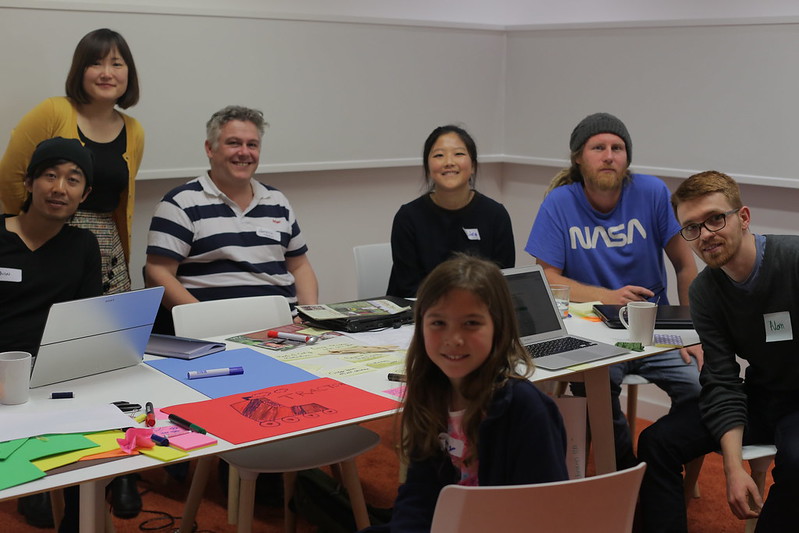 Team Family of Vegetables – designed an app to coordinate orders and create a community around crop harvesting. 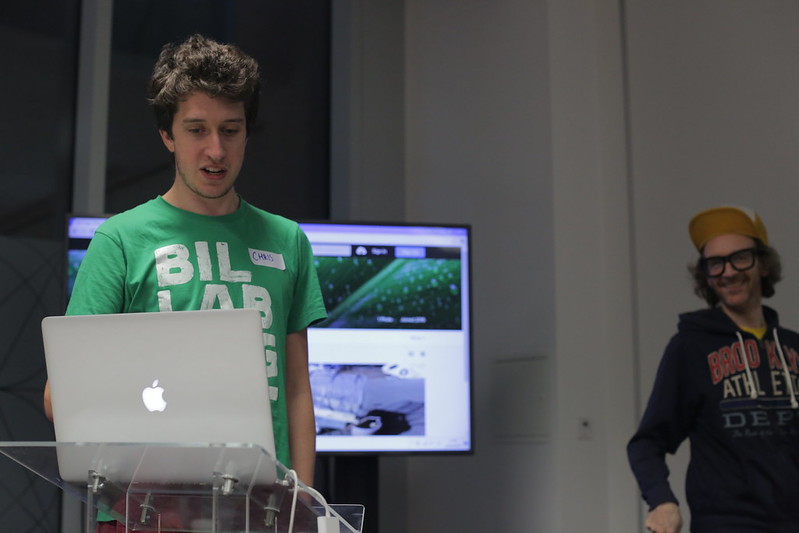 Chris & Dave from Team MulchEveryone pitched their solutions at the end of the day before a cold yorkshire beer.

Thanks to a small grant from The University of Manchester, we have a shared pot of £200 to allocate across the teams to create help create their prototypes. But of course we are encouraging teams to be resourceful.

Next week, the teams head to FabLab Manchester to fabricate their designs. We’re encouraging the teams to document their tools and their ‘how to’ guides on the Farm Hack website. Check out existing tools here. Plus there will be a film by Franco documenting the two days of Farm Hacking.   Next stop FabLab! 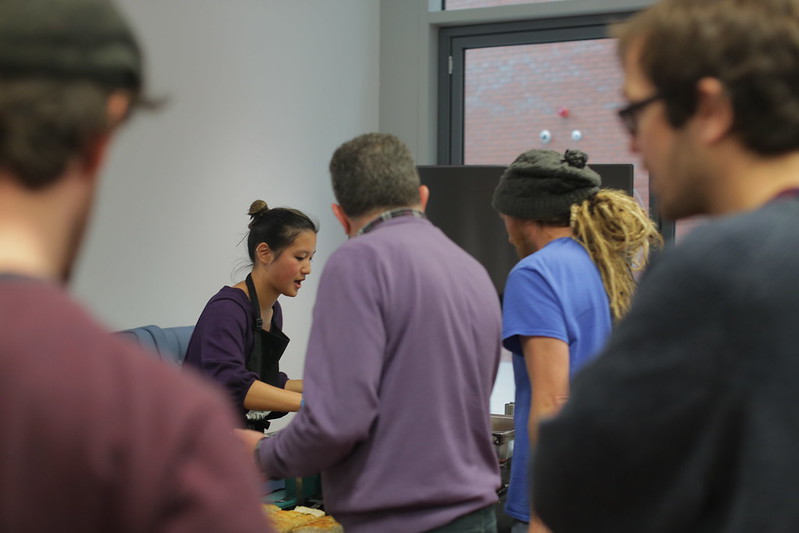 In past posts we’ve introduced our plans to develop a how-to guide to producing documentation of farm tools. Although much discussion in the Farm Hack forums is already about documentation, we don’t often talk as a community about the nitty gritty and lived experience of being a documenter. Talking to community members about their approaches, methods, and challenges is the starting point for articulating the Farm Hack methodology of documentation.

As part of the guide’s iterative development, we’ll be posting summaries of info-gathering conversations in the coming weeks. This post is a summary of conversation with Tim Cooke.

Tim has been a Farm Hack community member for over three years. During that time, and for years before he first got involved with Farm Hack, he has been working on a tool called the Culticycle, “A pedal powered tractor for cultivation and seeding, built from readily available lawn tractor, ATV, and bicycle parts.” I met with Tim in person to discuss his approach to documentation.

The story of the Culticycle and its evolution spans the course of Tim’s entire life. This shows something important, that I’ll be eager to explore further with other interviewees- just how deeply personal tool design+development can be. Even as documentation methods become standardized, they still have to accommodate and enrich the preferences and idiosyncracies of the tool creator.

In 1990 Tim was a crew leader at a farm in Vermont. He experienced the discontents of working with tractors. The 7-year-old son of the owner was wondering what horsepower meant and after some discussion the two agreed that they could probably pull a basket weeder by themselves, since it looked like it didn’t even need a tractor to pull it. The idea stuck with Tim. 18 years later he made the first Culticycle build; in the intervening years Tim kept thinking about the potential of human-powered tools. As shown by the diagram below, which illustrates the evolution of the Culticycle, four foundational “roots” contributed to the tool concept during these years. Tim kept getting injured from heavy tractor use; he tinkered with the human-powered Valley Oak Wheel Hoe, making wider and wider implements for it. Finally, he encountered documentation of a tool, the Flex-tine cultivator, that contributed to Tim’s own designs. Both the Flex-tine cultivator and its documentation were inspirations.

Documentation of v. 1-8 (sketches)
Growing up in an old farmhouse, Tim learned carpentry at an early age. He’d had years of experience sketching build designs by the time he started iterating on the Culticycle. Between 2008 and 2012 he relied mainly on sketches to record and share his thinking, supplementing them with a few photographs. (The sketches still exist in hard copy in Tim’s house.)

Someone from MOFGA saw a photo of the Culticycle on Bikes not Bombs’ site and was taken by it. He contacted Tim and suggested that Tim share his work on the Culticycle with Farm Hack.

Tim emphasizes that the quality and specificity of the photo helped account for this connection. The detail in it is revealing: the photographer moved with the machine so that the soil would be captured in motion slipping over the shovels, a much more appealing shot than a still photo.

The most useful resources Tim has drawn on in recent years are documentation produced by Allen Dong, the creator of the Flex-tine cultivator linked to above, and access to the Web, which he uses to search for prices of parts. It’s a fundamental part of Tim’s iterative design process.

The Culticycle’s page on Farm Hack provides a flavor of the sort of documentation Tim now produces, which includes pictures (that Tim takes) and video (that his son shoots). Basic point-and-shoot cameras suffice. He tries to document every part and every step in the build process with photographs.

Tim continues to weigh different options for combining photographs with text. Combining the two makes documentation richer than if it were to consist of either images or text alone. There are two relevant sets of questions:

Tim’s intuition, along with some Web browsing, at first led him to use Microsoft Paint to annotate photographs by inserting text boxes onto them. At a certain point he transitioned to a text-heavier approach that involves creating text documents with embedded photographs.